The science of internet addiction & brainpower

Digital Addiction: How Half the Developed World Got Hooked on the Internet

The neuroscience of internet addiction

How the Internet Redesigns your Mind - Choose your Default Mode 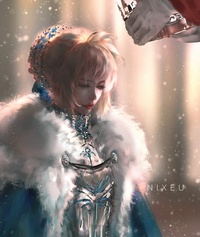 The incredible story of how degraded gorse-infested farmland has been regenerated back into beautiful New Zealand native forest over the course of 30 years..

Fools & Dreamers: Regenerating a Native Forest is a 30-minute documentary about Hinewai Nature Reserve, on New Zealand’s Banks Peninsula, and its kaitiaki/manager of 30 years, botanist Hugh Wilson. When, in 1987, Hugh let the local community know of his plans to allow the introduced ‘weed’ gorse to grow as a nurse canopy to regenerate farmland into native forest, people were not only skeptical but outright angry – the plan was the sort to be expected only of “fools and dreamers”.

Now considered a hero locally and across the country, Hugh oversees 1500 hectares resplendent in native forest, where birds and other wildlife are abundant and 47 known waterfalls are in permanent flow. He has proven without doubt that nature knows best – and that he is no fool.

Here both parts are edited together. Color was corrected for hue and brightness shifts, denoised and upscaled to 720p. Video processing by RetroSpace HD.

Carl Edward Sagan (November 9, 1934 – December 20, 1996) was an American astronomer, planetary scientist, cosmologist, astrophysicist, astrobiologist, author, and science communicator. His best known scientific contribution is research on extraterrestrial life, including experimental demonstration of the production of amino acids from basic chemicals by radiation. Sagan assembled the first physical messages sent into space: the Pioneer plaque and the Voyager Golden Record, universal messages that could potentially be understood by any extraterrestrial intelligence that might find them. Sagan argued the now-accepted hypothesis that the high surface temperatures of Venus can be attributed to and calculated using the greenhouse effect.

Bruce Churchill Murray (November 30, 1931 – August 29, 2013) was an American planetary scientist. He was a director of the Jet Propulsion Laboratory (JPL) and co-founder of The Planetary Society.

Harvey Myerson, born in 1937, is an author of articles for magazines and newspapers; author of two books on space exploration. Was president of the U.S. International Space Year Association in 1987.

Roger-Maurice Bonnet, born December 23, 1937 in Dourdan (Essonne), is a French astrophysicist specializing in the Sun and stellar physics who was responsible for the scientific program of the European Space Agency from 1983 to 2001.

Kathryn Dwyer Sullivan (born October 3, 1951) is an American geologist and a former NASA astronaut. A crew member on three Space Shuttle missions, she was the first American woman to walk in space on October 11, 1984. On June 7, 2020, she became the first woman to dive to the Challenger Deep in the Mariana Trench, the deepest part of the Earth's oceans.

John Logsdon is the founder and from 1987–2008 was the Director of the Space Policy Institute at George Washington University.