8 Sherlock Homes fan sites have come together to create a live real-time murder mystery that will launch on 30th July and run during Sherlock Holmes Week.
There is a Facebook page which will post all the information.

You can get ready for the launch by following the Twitter account: Inspector Gregson who will issue all the briefings. A website and all the supporting information will be revealed on the 30th.
After a year and a half of anticipated waiting it was time for the screening of The Adventure of the Empty House. Fans from around the world had gathered in London for the event and it was the night of the first showing. Miss Britain was hosting the event in her mansion and was standing at the door to greet the members from the different countries. The guests casually talked amoungst themselves, most meeting eachother for the first time.

The host, Miss Britain, walked in front of the screen announcing the show was about to start. The guests took their seats as the lights dimmed. They could only guess what the night would hold. Heartbreak, love, tears, anger, laughter, murder. Before the night was through Miss Britain was found dead in the locked screening room.

Read the background, question supects, submit evidence and piece together the events of the night to reveal the murderer. 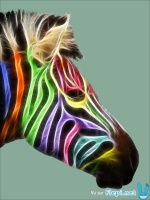