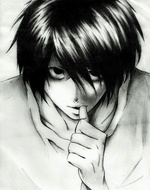 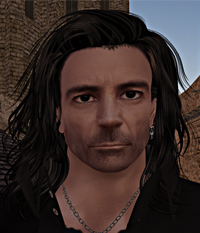 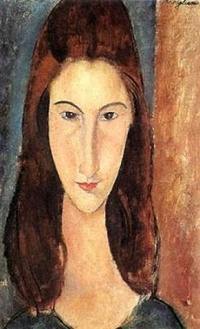 As a new mandate takes effect, researchers and institutions grapple with the trade-offs of making scientific publications free for all

In 2018, a group of mostly European funders sent shock waves through the world of scientific publishing by proposing an unprecedented rule: The scientists they funded would be required to make journal articles developed with their support immediately free to read when published.

The new requirement, which takes effect starting this month, seeks to upend decades of tradition in scientific publishing, whereby scientists publish their research in journals for free and publishers make money by charging universities and other institutions for subscriptions. Advocates of the new scheme, called Plan S (the “S” stands for the intended “shock” to the status quo), hope to destroy subscription paywalls and speed scientific progress by allowing findings to be shared more freely. It's part of a larger shift in scientific communication that began more than 20 years ago and has recently picked up steam.

Scientists have several ways to comply with Plan S, including by paying publishers a fee to make an article freely available on a journal website, or depositing the article in a free public repository where anyone can download it. The mandate is the first by an international coalition of funders, which now includes 17 agencies and six foundations, including the Wellcome Trust and Howard Hughes Medical Institute, two of the world's largest funders of biomedical research.

The group, which calls itself Coalition S, has fallen short of its initial aspiration to catalyze a truly international movement, however. Officials in three top producers of scientific papers—China, India, and the United States—have expressed general support for open access, but have not signed on to Plan S. Its mandate for immediate open access will apply to authors who produced only about 6% of the world's papers in 2017, according to an estimate by the Clarivate analytics firm, publisher of the Web of Science database.

Still, there's reason to think Coalition S will make an outsize impact, says Johan Rooryck, Coalition S's executive director and a linguist at Leiden University. In 2017, 35% of papers published in Nature and 31% of those in Science cited at least one coalition member as a funding source. “The people who get [Coalition S] funding are very prominent scientists who put out very visible papers,” Rooryck says. “We punch above our weight.” In a dramatic sign of that influence, the Nature and Cell Press families of journals—stables of high-profile publications—announced in recent weeks that they would allow authors to publish papers outside their paywall, for hefty fees.

Other recent developments point to growing support for open access. In 2017, for the first time, the majority of new papers across all scholarly disciplines, most of them in the sciences, were published open access, according to the Curtin Open Knowledge Initiative. More recently, most major publishers removed paywalls from articles about COVID-19 last year in an attempt to speed development of vaccines and treatments.

Despite these and other signs of momentum, some publishing specialists say Plan S and other open-access measures could be financially stressful and ultimately unsustainable for publishers and the research institutions and authors who foot the bill. As debate continues about just how far and fast the movement will go, Science offers this guide for authors readying to plunge in. 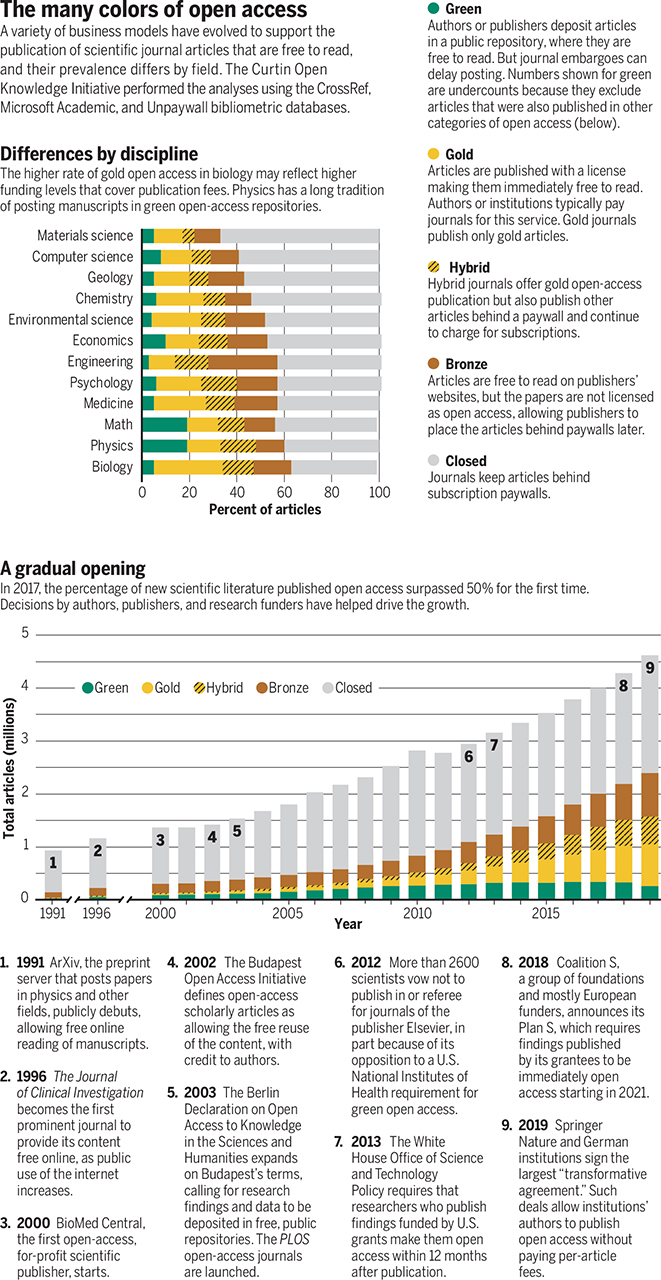 Mais ça bouge, gentiment...
THE DIRECTORY OF OPEN ACCESS JOURNALS
DOAJ is a community-curated online directory that indexes and provides access to high quality, open access, peer-reviewed journals.
All DOAJ services are free of charge including being indexed. All data is freely available.
https://www.doaj.org